EUROPE IS YOU! FIND OUT HOW WE HAVE CELEBRATED THE EUROPEAN COOPERATION DAY!

This year we celebrated the European Cooperation Day in Birštonas at the festival of discussions 'Būtent!' ('Makes sense!'). The initiative to hold the discussion festival in Lithuania was inspired by the examples of Democracy festivals in all Scandinavian countries as well as Latvia and Estonia. The festival’s mission is to contribute to building a democratic welfare state by fostering a culture of discussion, concord and tolerance. This festival is an annual assembly of people from political, business, academic, cultural, non-governmental organizations and other sectors, where they discuss the most important topics of the development of the state, share ideas and forge new collaborations. 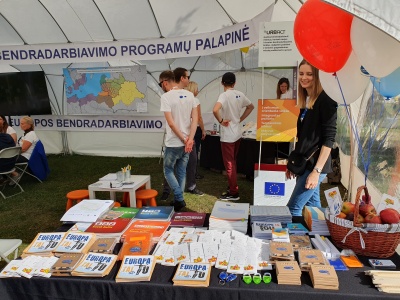 We've prepared lots of various activities for the visitors. One of the most popular among the visitors was the photo booth! 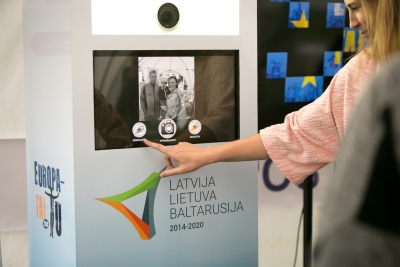 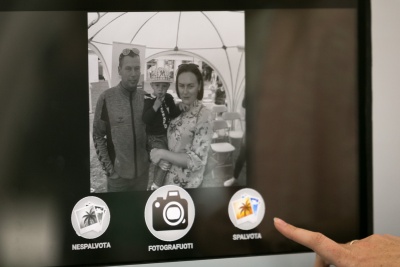 As a result many colourful pictures were made! 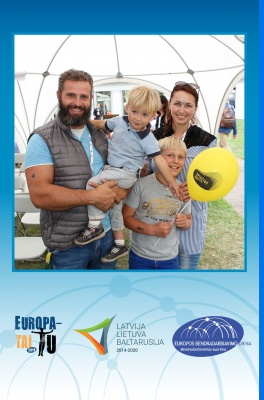 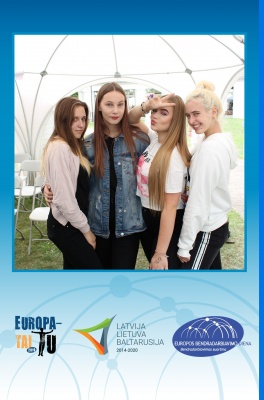 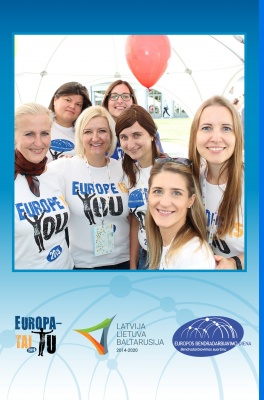 As the slogan of the European Cooperation Day this year is 'Europe is you', all pictures made instantly were travelling to the screen to form the EU flag! Everyone could find himself or herself in the mosaic. 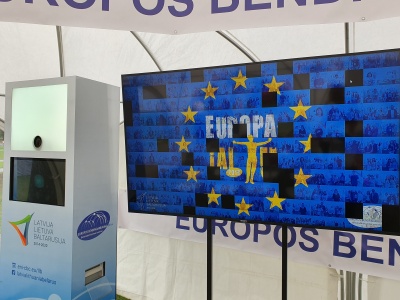 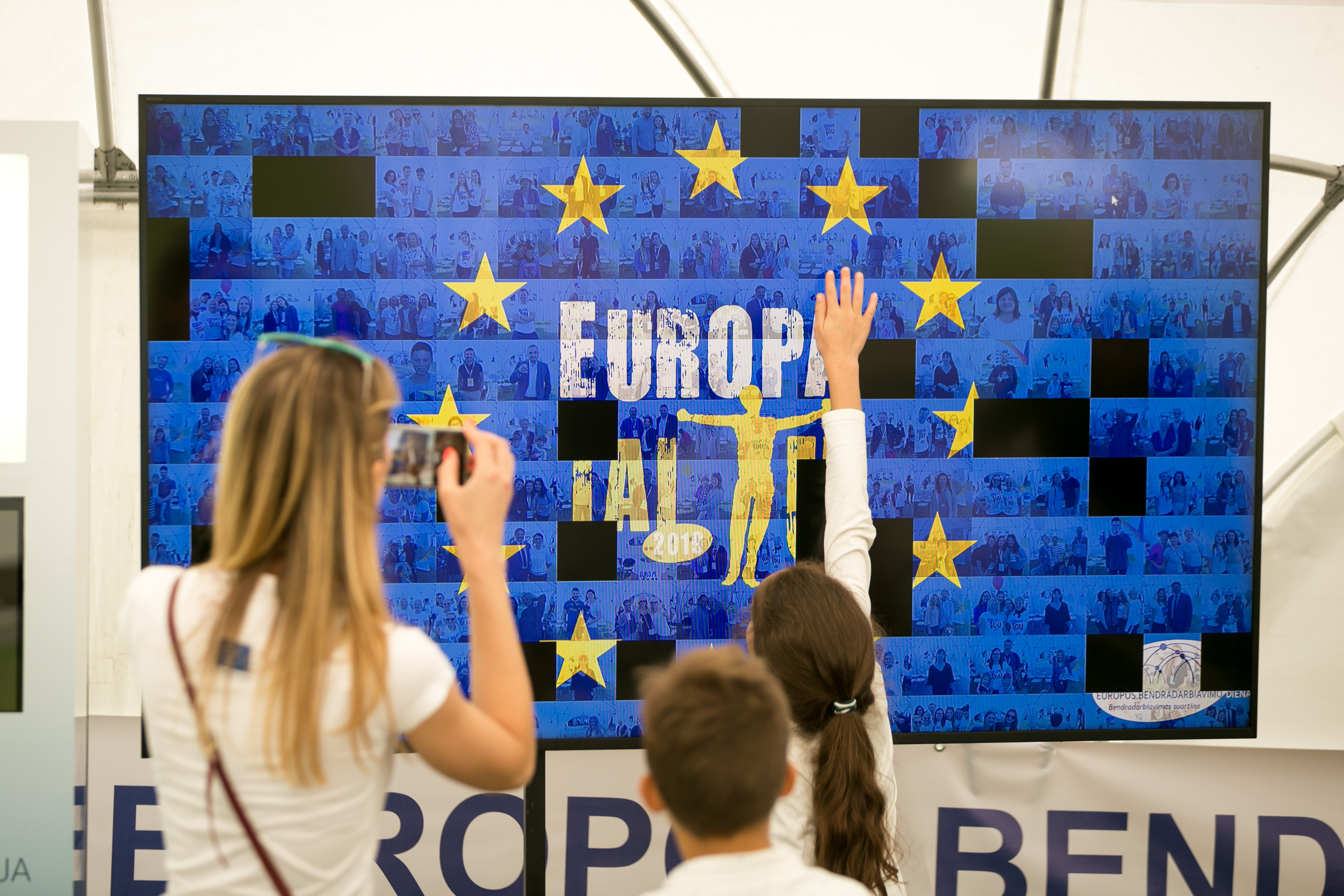 Because Europe is you! 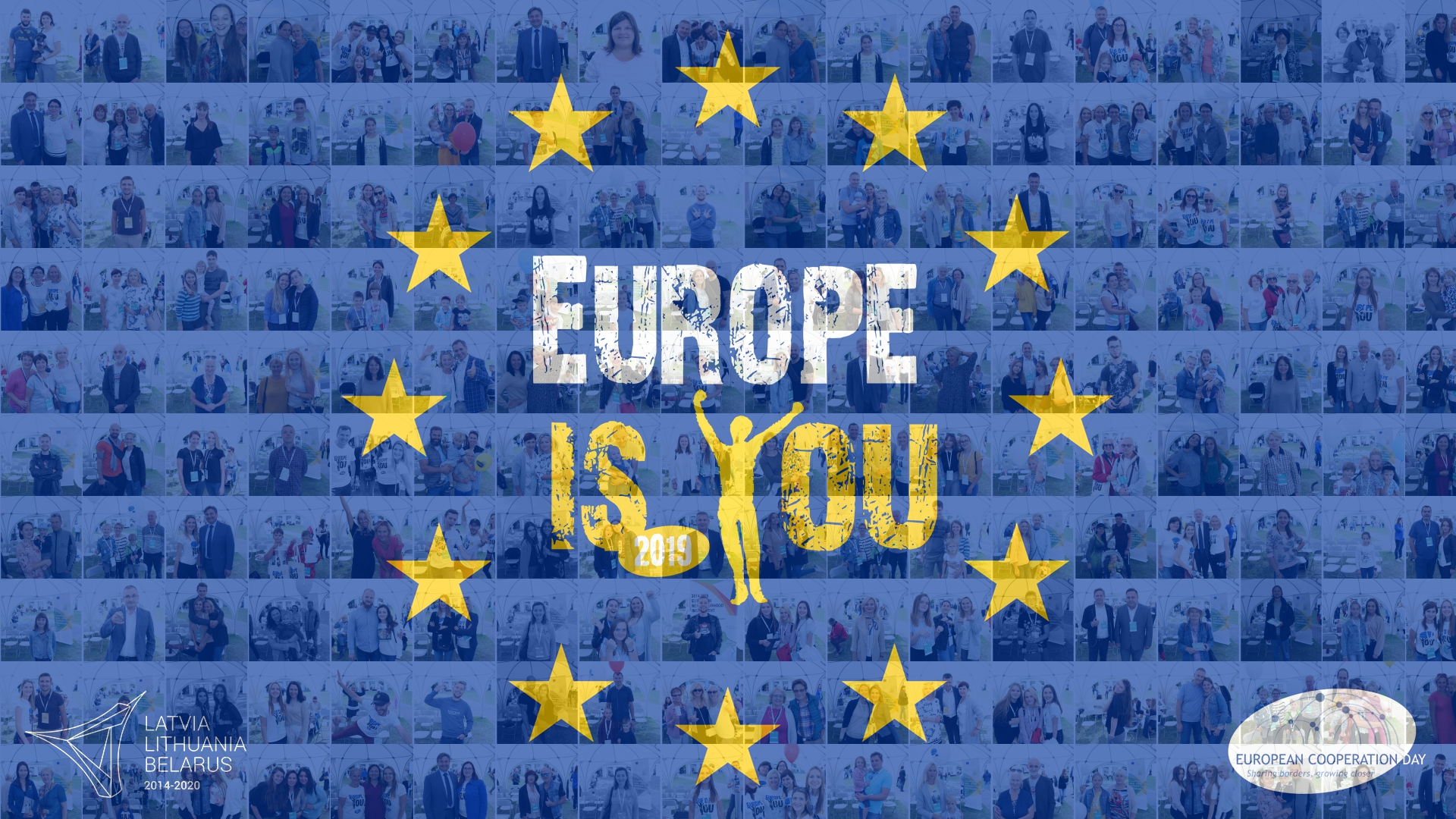 Another our activity was the discussion, organised to find out, if close neighbours are better than distant relatives! We were interested to find out, how does the neighbourhood of Lithuania, Latvia, Poland, Belarus, Russia and other countries around the Baltic Sea look today. How far have we gone in 15 years having the opportunity to use the EU funding for joint cross-border initiatives? Are we using this funding efficiently to create sustainable and long-term relations between people, societies, organisations, businesses? Or have we created new borders of various kinds? How can we escape them so that they don't affect relations between neighbours?

We have invited prominent Lithuanians, living in neighbouring countries as well as notable figures of cross-border relations to search for answers to these questions during the discussion festival! 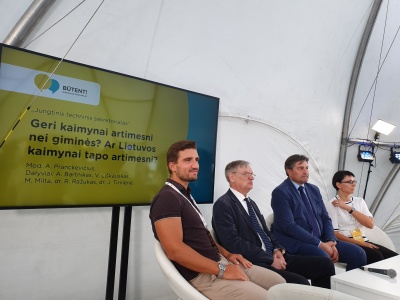 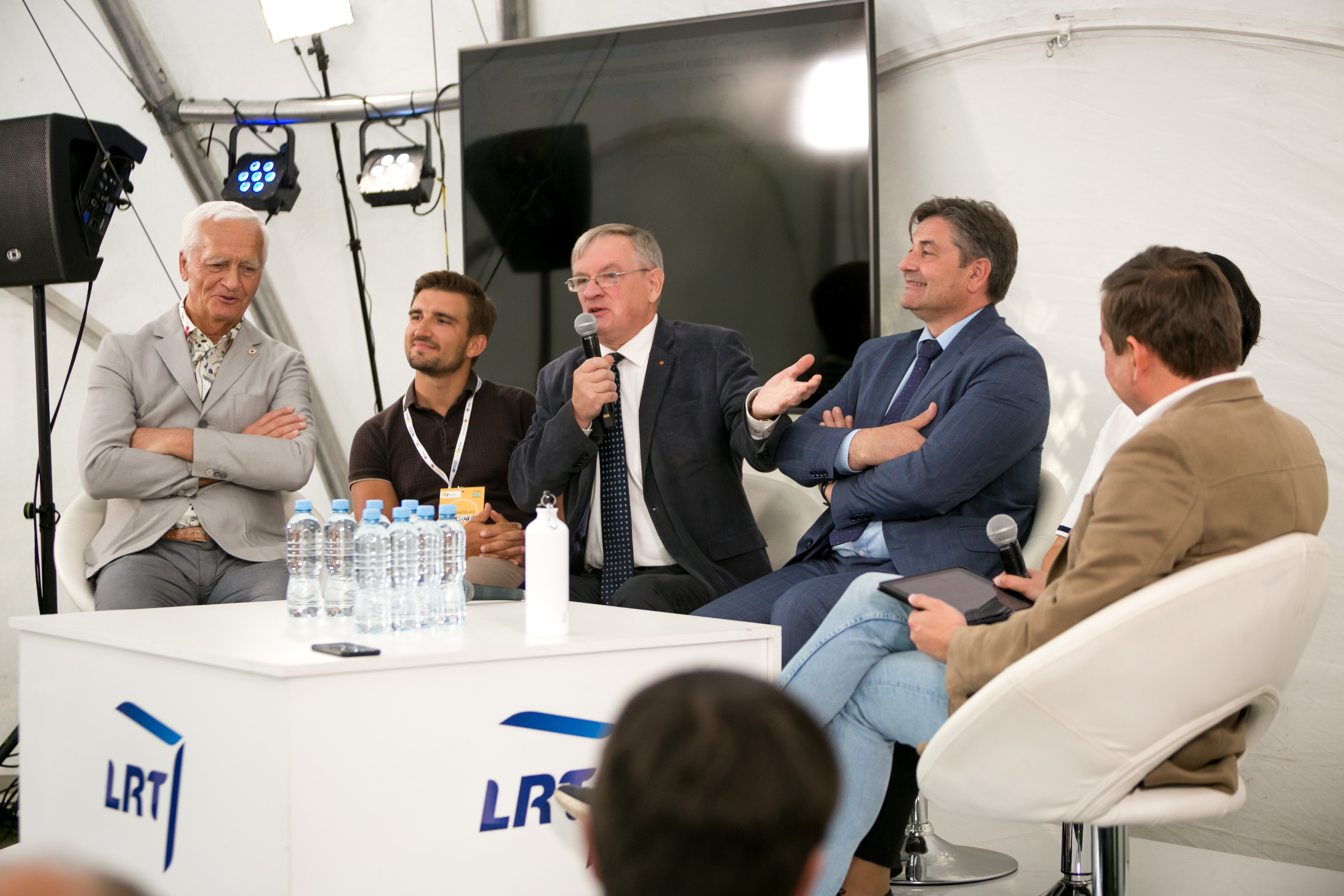 The discussion was moderated by Mr. Arnoldas Pranckevičius, the head of the European Commission representation in Lithuania. 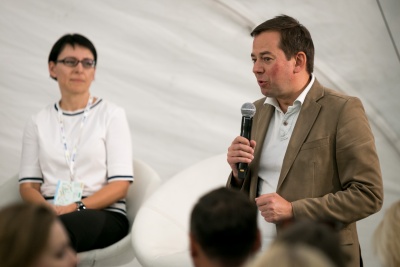 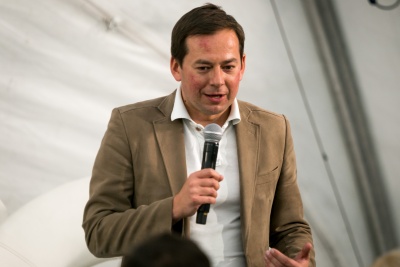 Another our activity was this special installation, asking 'What is Europe?' 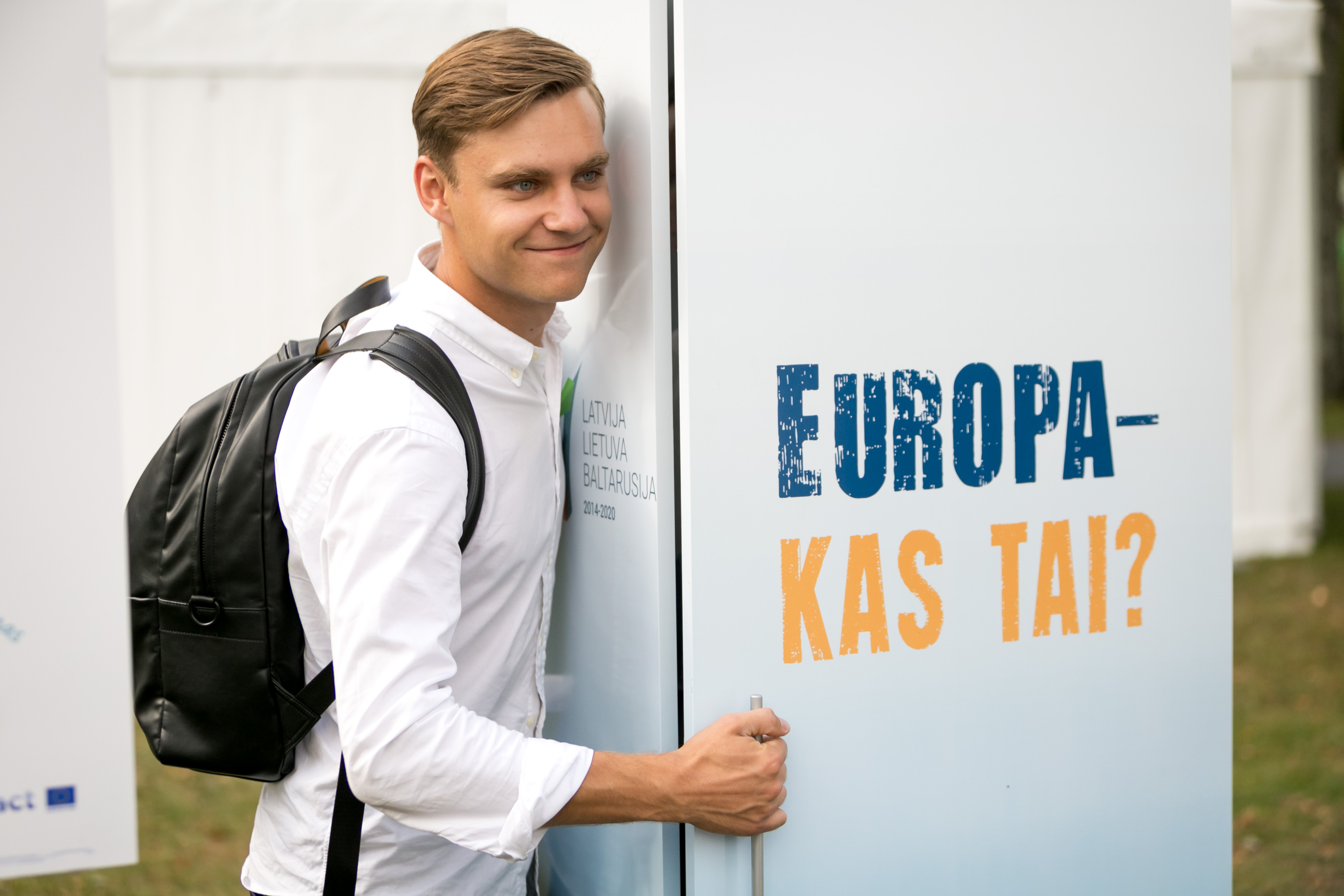 Inside we have put a mirror, which said 'Europe is you!' Because it is! 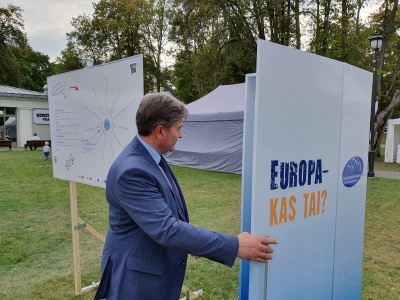 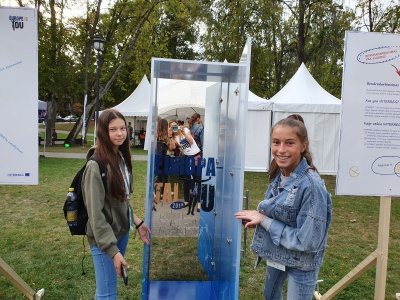 We also had interactive panels, asking to mark countries, where visitors have friends and write words, which visitors associate with the European Union! 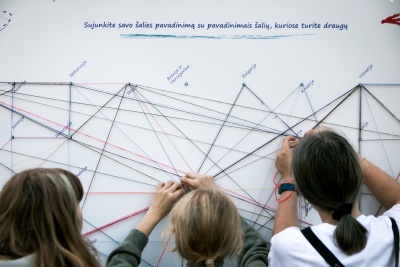 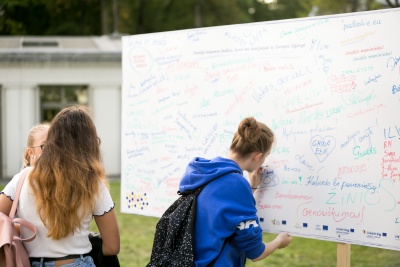 Mrs. Rita Tamašunienė, the Minister of the Interior of Lithuania, has visited our tent of European Cooperation Programmes! 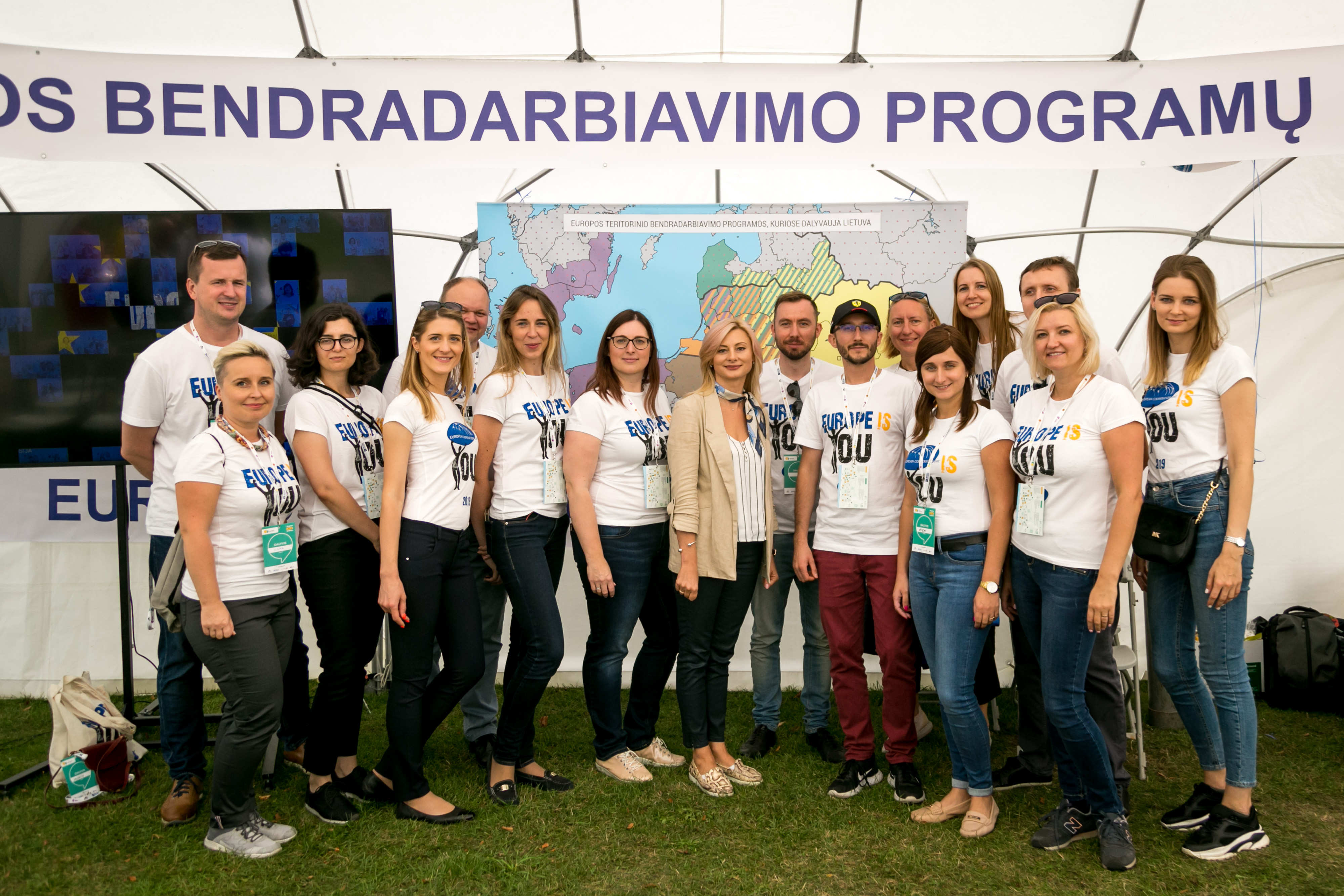